A joint venture between the Russian Direct Investment Fund, or RDIF, and China Investment Corporation, or CIC, plans to raise an $800 million fund to invest in infrastructure for senior living centers and to tap rising Sino-Russia tourism, a top executive at the Russian state-backed fund said Monday.
The move is the latest in a series of partnerships and funds developed by RDIF, a $10 billion sovereign wealth fund set up in 2011 to attract strategic investors who have steered clear of Russia due to concerns over rampant graft and the rule of law.
RDIF will hold a stake in the fund through Russia-China Investment Fund, or RCIF, a private equity firm established with China's sovereign wealth fund CIC in 2012, RDIF chief executive Kirill Dmitriev said in an interview."We will hold a controlling stake, but will raise the rest of the fund from international partners," Dmitriev said ahead of Tuesday's signing ceremony in Shanghai for a series of Sino-Russian deals.

President Vladimir Putin arrives in Shanghai on Tuesday on a two-day visit, where he is expected to sign a number of other deals.

China is the second most popular destination for Russian tourists. In 2012, 3.3 million Chinese tourists visited Russia, a three times increase on 2007, Dmitriev added.

RCIF is a $2 billion private equity fund and nearly half of that has been invested so far, Dmitriev said. Seventy percent of the fund is earmarked to be invested in Russia.

FDI into Russia reached a record $94 billion in 2013, an 83 percent increase on 2012. Russia ranked third globally behind the U.S. and China on FDI volumes, according to the United Nations Conference on Trade and Development.
Dmitriev said the RDIF's investors have expressed concerns over Western-led sanctions against Russia and their economic and political impact.
"All investors and business people we talk to are against sanctions. We oppose them because we believe the best solution to the situation in the Ukraine is to encourage peaceful dialogue," said Dmitriev.

In April, RDIF signed a memorandum of understanding with Bahraini sovereign wealth fund Mumtalakat prompting the U.S. to issue a statement stating its disapproval 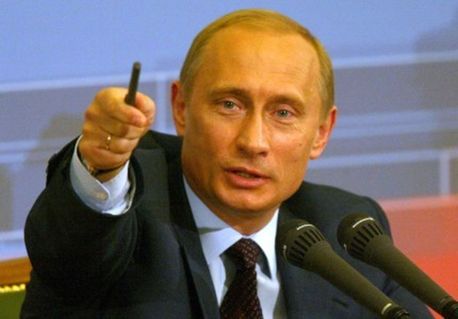