Turkey and the EFTA countries have agreed to extend free trade agreement to also include trade in services. The agreement with Turkey from 1991 is the oldest EFTA agreement and it only covers trade in goods. Norway wants to negociate a more comprehensive and modern free trade agreement with Turkey. The potential for increased trade is very big. The first round in these negotiations were conducted in Ankara from 16 to 18. June. The meetings showed that the both parties have a high level of ambition and that there is a broad agreement on a number of proposals that are put forward.

In addition to service meetings, a meeting of the Joint Committee was on June 19th, where the main topic was possible update and further expansion of the existing agreement. The meeting resulted in an agreement to expand and update the agreement in a number of areas. Sides arranged a meeting at leadership level negotiations in August for further follow-up of discussions, in addition to negotiation meetings on September 15th, where trade in services and other relevant areas will be discussed. 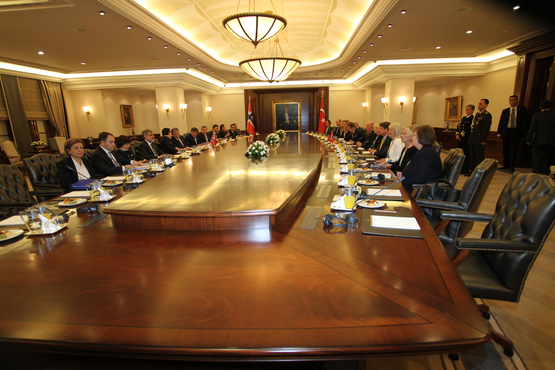